A Personal Experience of BPPV 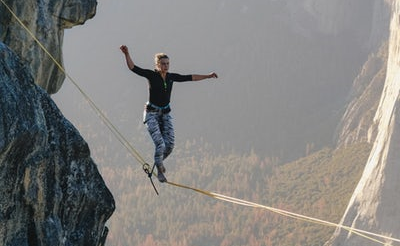 People often don’t want to talk about their experiences of being ill and needing physiotherapy. So, for Balance Awareness Week I thought I would open up to my own experiences of having a vestibular condition.

About ten years ago in the early hours of a Saturday morning I was suddenly woken up by the room spinning.  I had just rolled onto my left side when the room appeared to flip over in a continuous loop.  I closed my eyes but still felt like I was moving. This settled within a few minutes of me keeping still and I went back to sleep, staying on my left side, putting it down to a very strange event.

The next morning
when the alarm went off I was still on my left side.  Thinking I had dreamt the previous event I went to get up, only to find I had no balance and fell back into bed.  Trying this a second time and still failing to get out of bed I shouted to wake up my husband.  He asked me to show him and thought I was making it up, so he held me up on the edge of the bed, but I hated it, the feeling of not being in control of where I was, the room didn’t spin but I felt it was going to flip over so I laid back in bed.

My husband then went to ask Google and we both assumed it wasn’t anything nasty.  My husband phoned the on-call G.P and he prescribed Stemetil tablets (prochlorperazine maleate) and diagnosed labyrinthitis.  My husband left me with a bowl and went to get the medication.  After taking the medication I tried to get out of bed. I was able to get up, but my balance was shocking, I felt drunk but without the pleasure of a drink. I was helped down the stairs and sat on the sofa. Without moving I felt better, just a little spaced out. The medication made me sleepy, falling asleep on the sofa I found I slipped onto my left side. When I tried to move I was unable to sit up again.  This continued over a few days, the medication making me sleepy during the day but sleeping supine brought on the symptoms. Eventually I stopped taking the medication, which made me feel more in control of my symptoms, sleeping with extra pillows and avoiding head movements I was able get up and get some fresh air.

With this first episode I had a week at home and then was able to return to work and all activities.  Things were going well, even if I was a little worried what would happen if I rolled over in bed or when waking up in the morning would I be OK or not.  As time progressed I started to feel confident that I was all better until a couple of months later exactly the same thing happened again. Going to the doctors this time, I saw a practise nurse who again diagnosed labyrinthitis and the medication, which I didn’t feel was the answer. It was now that I decided I had to try and continue living with these symptoms, I knew I could control it with restricting movements, but I didn’t know why it was happening. So, I decided to research my symptoms further.  I started to read that vestibular physiotherapists can help with balance conditions, the inner ear wasn’t an area we were taught about during my degree, so I decided, as a physiotherapist, that I should get the training to understand my own condition fully.

Changing the direction of my career I know as physiotherapists we don’t have to personally experience every condition to treat it fully and to the best of our ability, but with an inner ear complaint that is hard to describe it can surely only help.  I understand what you mean when your ear feels full, when your head feels muzzy and when you are worried you don’t feel safe in your own environment. I understand the anxiety that comes with this condition and overcoming it. It’s not something that just the elderly get and its not something you have to dismiss and put up with.  Help is available, and treatment can be very successful. Having BPPV is a horrible condition, as are all vestibular conditions, and I would happily do without ever experiencing it, however it has shaped my career into a direction I would not have considered had I not have been made acutely aware of these conditions. I am proud to be a physiotherapist who specialises in vestibular rehabilitation, being the only ACPIVR member in Norfolk (at time of writing) and having been a life line to many people struggling with these symptoms.